Who am I?  My name is Sabin Duvert.  I moved to Barton well over a two years ago now after having left my home in a place called "Earth" when I thought I had found a portal to the fey realm.... my mistake.  I've been stuck in Gaia ever since, though I've made the best of it.  I have a nice house in Durem, some great friends, and a wonderful girlfriend/fiancee, Kamiki.

**If you would like to know more about me, please check out my (Sabin's) Online PROFILE **

Sabin's Events and Participation in Gaia

First off, check MY GAIA JOURNAL for lots of relevant information!

Firstly, and primarily, I am a collector of original art of myself( Sabin )and Ambrose (and Modern Ambrose).
All of my close characters can be found HERE.
* I am also a proud member of the Official Gaian Art Whore Guild.

*Thanks to Kamiki's arm twisting, I participated in the first ever Mr. Gaia contest and came away with 4th place overall and the winner of the Evening Wear category. (And received the highest marks of the introduction round)!  Don't believe me or want to see how I participated?  Take a look at the Mr. Gaia page. ;)

*clears throat* I ALSO participated in the 2nd Mrs. Gaia contest.... and won "Miss" Congeniality.... ^^; - and won the higest marks in the swimwear section 0,o

I have an always-open art request thread HERE: 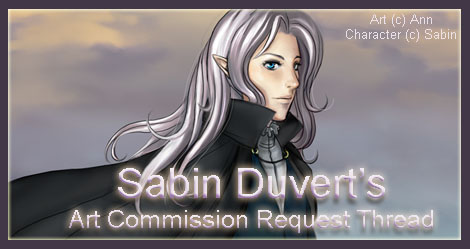 BEYOND that, I have run several successful art contests in the past, resulting in beautiful artwork, meeting great new people, and a good time had by all :)

The thread was HERE.
The Entries are HERE.
This was an AMAZING contest, with entries that SMASHED all kinds of records - I believe we had somewhere in the neighborhood of 600 Entries when it was all said and done 0.0 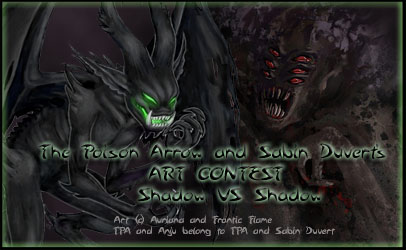 A good friend of mine, The Poison Arrow, also has an original character who happens to be possessed by a shadow demon.  We've spoken in the past on several occasions, finding the similarities amusing, and both of us are HUGE fans of art commissions.  So the idea struck him to have a most excellent contest, joining the forces of two of the few male Gaian art whores.  And thus, this contest was born.  It is my currently running contest :) - until Valentine's day of 2005. Grand prize is a NOVEMBER 2004 letter.
The submissions page is HERE.

My most recent contest - a werewolf transformation contest - the subject: drawings, etc of my original character Ambrose shifting to his werewolf form ^_^.  Grand prize was an OCTOBER letter. This contest also turned out some phenomenal entries!  The entries can be found here

My 2nd Great Art contest has now come to a close with MINDBOGGLING success!  I had nearly 200 entries, all of them amazing - judging was incredibly difficult.  In the end, I ended up giving away over 1 MILLION gold, according to the GEN Minimum value - at that time! (by now, having given away an August letter as first prize alone would send the value through the roof). :heart:  The contest ran until February 16, 2003.  Who knows, maybe one day I'll hold one again ^_~

The Submissions page is HERE

**As a sucker for original art, I held a  Draw my Avatar contest - which ran until October 3rd, 2002.  This was my original, smaller contest, and had some decent turn out all things considered ^_^   Ahh, memories - back when I gave away 2 August 2003 letters ....  Check it out at the Draw My Avatar Contest Post ** (which has since been deleted)

ADDITIONALLY, ALL of the Submissions are posted HERE.  (near the bottom of the page)

STORES and SHOPS I run/co-run

The most awesome shop EVER, IMHO ^_^.  Based loosely after the original novel, Moreau's great grandson in a setting very close to modern earth has started up an experiment - only instead of modifying animals, he has "acquired" a set of individuals to begin (wiling or not) transforming into anthropomorphic animals.  Great RP, great artwork, and a great community!  I'm one of the shop artists, and IRL friends with the owner, able to really do a lot with it ^_^.
The Thread is here.

I am a colorist for the Awesome Soquili!  Owned by Sirenz :3  A native-American-based horse pet :) 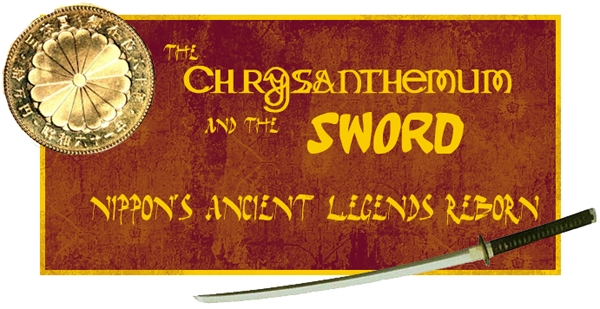 - A stock lineart shop that I used to run!  I had been wanting to try my hand at one for a while, not to mention this is the first shop that I am running by myself.  I came up with the idea to base it after Japanese mythology, putting that Anthropology with a focus in Asian studies and folklore to "good" use ^^;.  It was fun, but I felt that someone else could manage it better with more enthusiasm.  I am still really proud of the pets frmo there.
HOWEVER!  Recently the shop has been reopened, now being run by White Arsenic ^_^.  The link above now leads to the new shop :)

Some of my Favorite Outfits

My Brief Stint as a "Female"

Thanks to a new rule on Gaia allowing a gender change twice - I spent a bit of time as a female (well... story being Sabin used a potion to make a superficial (though not... complete) genderchange - just in time to be a surprise late entry for the Miss Gaia pageant ^_~

Here are some selections of the Sabin Avatar portrait images that I've had done for me:

For More Images of Sabin:

Well, if you know anything about me, you know that I am obsessed with magical creatures and monsters, and thus where would I be without pets of my own to keep me company and for me to gaze upon in wonder ^_^.  My favorites include those that I can breed with one another - such as the pards, griffins, and verlashi ^^.  I have always been interested in breeding and genetics, so this is a wonderful mix of my interests!

This is Gavin, Kamiki's and my baby Boy, courtesy of  Daisuke's maternity ward ^__^.  He's got my curiousity and fascination for magical things, Kamiki's ears and tail - that fade to shadow at the ends, and one red eye, one purple eye.

This little fellow, a very SPECIAL "pet" that I got from Tavis's Faery Shop deserves a special place on my signature page.  This is a mimic fae, that hatched from this Cocoon, after looking like this Muddy Fae.  They imprint on a person (or fae or creature!) as the muddy fae, and then go into the cocoon an emerge as a caricature physically and personality-wise of their owner.  I even had to go through a lot to rescue the poor little guy from Daisuke's mouth when he first emerged. Pic1  Pic2